Stroud entertained Haresfied in the first encounter since “The Incident” in what turned out to be a good natured and competitive match.

Skipper Rich Tuttle introduced changes to the side, bringing in Billy Botha, Pav Sharma for the Uyses and KP with Raj Sharma being a late call up for the Empty Chair. Tuttle won the toss (again that 11 in a row now!) and unsurprisingly batted first.

Louis Gegg got us off to a quick start scoring a quick 40 before retiring and bringing in Pav Sharma who, having batted like a Prince on Saturday obviously thought you could not run out Royalty and was left short of his ground, run out for 2 whilst ambling through for a run.

When Reuben was also run out for a blob without facing a ball and Tom King fell for 4, things looked tricky but Tuttle and Billy Botha got the score back on track pushing the score along at a steady pace.

Botha was a revelation and was eventually run out for 34 after a super knock that put us on course for a solid but not invincible score.

Geggy came back in after Raj’s cameo, narrowly missing his half century (49*) as Stroud closed on 162-7 off their 16 overs.

In reply, Haresfield’s Whiting and Evans set off brightly, however Reuben soon sent the dangerous Whiting packing, clattering his stumps for 18.

At the other end Jamie Lomax bowled steadily as Haresfield progressed smoothly towards their target. Wickets kept falling and their middle order were not able to hit many boundaries and they soon started to fall behind the run rate. Louis’s clever slow bowling and Pav’s wicket to wicket medium pace were almost impossible to get away on a slow low deck.

Top bowling all round from Reuben, Jamie, Louis and Pav got us home with 20 or so to spare.

Another win, next up its away at Rockhampton for the table topping clash… 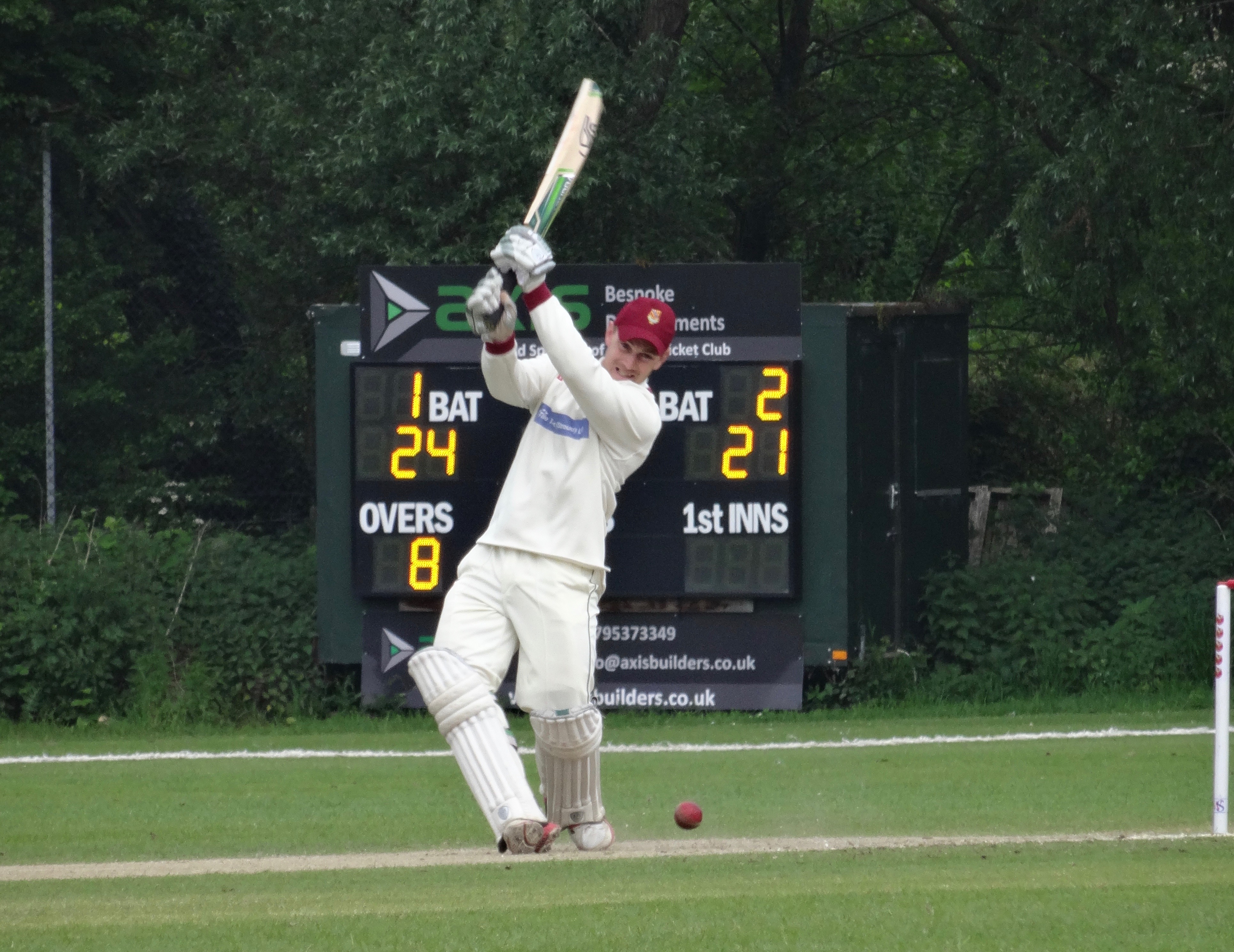