We took a good seven plus an Empty Chair down to Uley on wednesday for the 8 a side Midweek league encounter. The wicket was very damp and boggy and as we arrived, we saw Uley making their first mistake….

They had brought their boundary in by 10 yards.

Skipper Rich Tuttle again won the toss (Thats 10 in a row!!!) and decided to bat. Keegan and Jamie Uys were sent in to get the innings moving and the ball started flying to the boundary. In the 2nd over Uley made their second mistake…

Keegan retired at the start of the 4th over having reached 40 and was replaced by Louis Gegg who continued the onslaught hitting 3 sixes and 2 fours before getting a leading edge on the boggy Uley track and being caught. Uysy got a good one and was bowled which brought in Andrew Uys to join Rich Tuttle. Andrew continued the power hitting with a quick fire 26 before he was out. Tom King did not last long, pushing a catch back to the bowler and Reuben Scott came to the wicket as the Empty Chair was unfit to bat. Uley then made their third mistake…

They bowled Reuben for 2. Tuttle clearly heard a fielder saying to the bowler  “You idiot, the openers going to come back now!

In came KP in the 11th over, Tuttle probably faced about 5 balls as KP went from 40 to 120 at the close. Eleven Sixes and Eleven Fours were scored.

Uley were a great spirited bunch and clearly were egging Keegan on to hit their own bowler six sixes off the last over (years of banter on that!) which he narrowly missed. Stroud closed on 243-5 off 16 overs, so decent.

Uley started off well, taking Scott’s first over for 20 and after 4 overs they were up with the run rate but Reuben’s last 3 overs restricted the batters to very few plus they could not handle Geggy’s slow bowling and subsided to 100 all out so a win by 143 runs.

We finished off with a couple of beers in the Old Crown at Uley to celebrate our win. A great evening and a treat to watch. Those who were there will always remember it.

Next week, its Harefield at home. The Empty Chair has declared itself as unfit so there’s one space going. 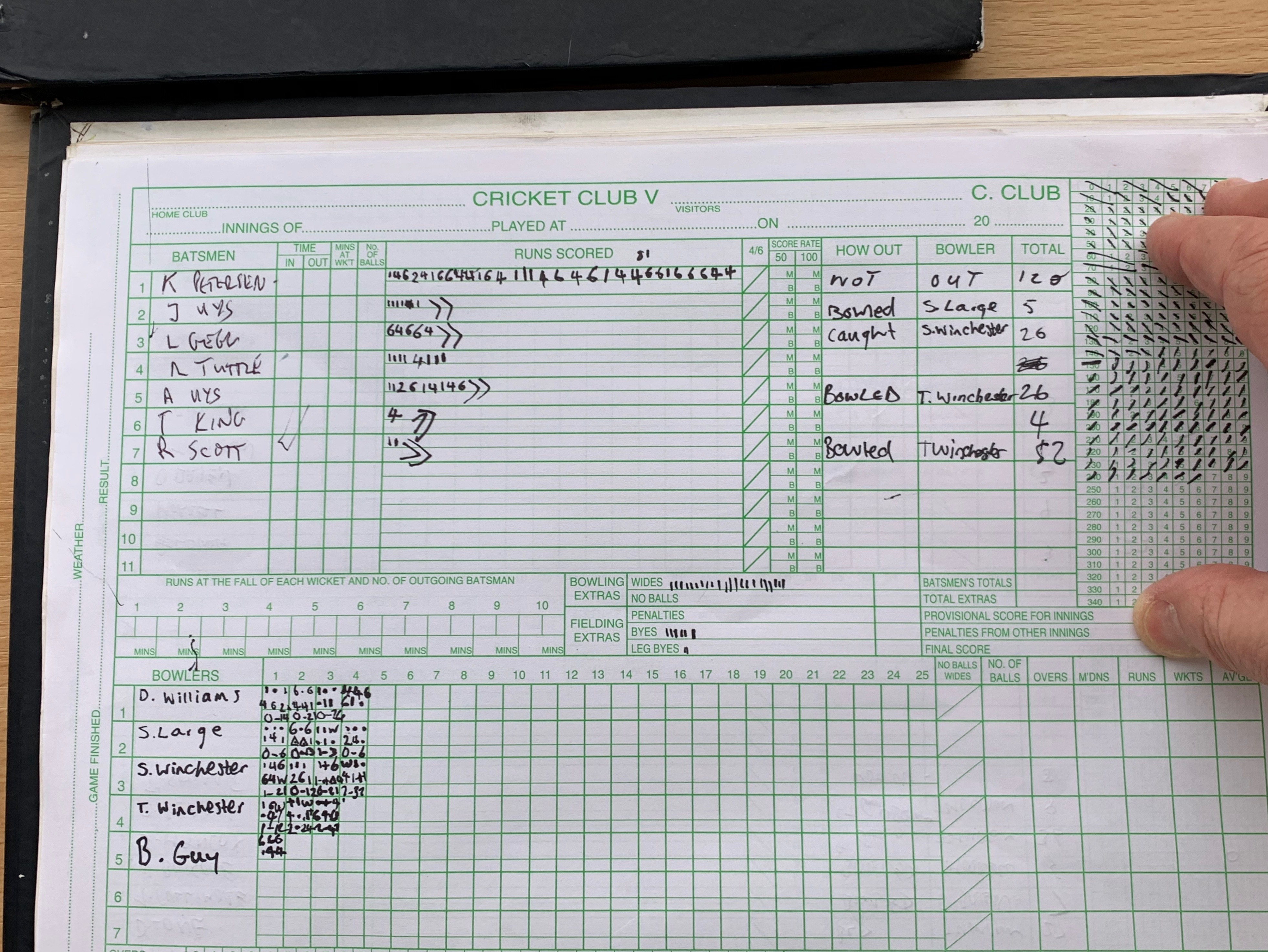