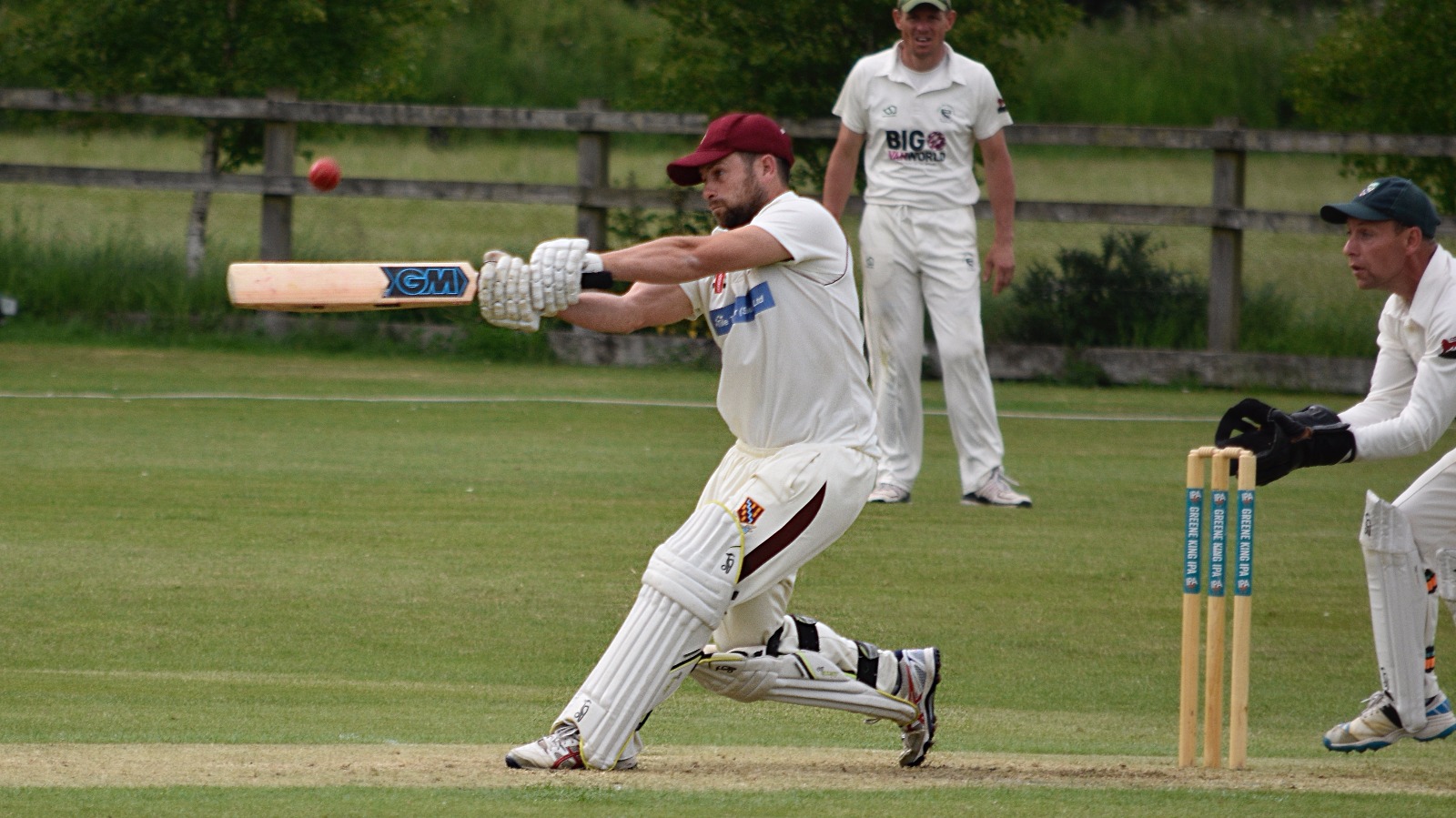 Stroud lost the toss and were unsurprisingly asked to have a bowl in the 30+ degree heat. The sun was beating down but it was the Stroud bowlers keeping their cool. Openers James Job and Will Golding passing the outside edge with regularity and it was Golding who was rewarded with an early wicket.
.
Biddestone struggled to accumulate runs but Stroud couldn’t find the edge. The score reached 50-1 in 18th over. A show of Stroud’s control and containment. James Job conceding just 10 runs from his 7 overs. Mike Alley (10-1-30) continued in miserly fashion and claimed a deserved and important wicket. In fact all of Stroud’s bowlers put on a fine display and when Chris Job (10-2-37) picked up two more Stroud were on a roll.
.
Keegan Petersen came back into the attack. Quickly picking up 2 wickets in his first over, removing the dangerous Hendricks for 71. This proved only the start as he went on to claim a further 3 victims to pick up his second 5 wicket haul in two weeks. Biddestone restricted to 207-9.
.
After the interval Stroud’s chase began, or rather stuttered as Tom Horrell and Harry Swindells fell cheaply, Stroud 7-2. This brought in the in form Petersen and Chris Job. The pair worked the ball around the field with ease, the score to 63 in the 13th over. With both batsmen set and a 56 run partnership amassed Job (16) suffered some terrible luck as he was run out at the non-strikers end after a deflection from a boot.
.
In came Louis Gegg who once again in the theme of the day picked up where others had left off. Louis now in with Petersen still in full flow. Petersen brought up his half century and another 50 partnership accumulated. Louis was eventually dismissed for 22 with just 55 needed with 20 overs to spare.
.
Will Golding entered the fray and he also looked in fine form hitting a couple of early boundaries. Petersen who hadn’t given a chance all day was to be caught hooking a ball for 77, Stroud still needing 43. Innis Pierce (7) came and went and things started to get a little nervy. Stroud have already thrown away several games from winning positions and did not want another repeat.
.
Matt Smith however looked under no pressure finding singles and boundaries along with Golding (35*). This brought the scores level with 2 overs to go. Smith after playing a vital part couldn’t quite get Stroud over the line as he fell for 30. This only put celebrations on hold for two balls as Mike Alley bludgeoned the ball to the fence! Stroud at last picking up a vital win.
.
All players played a big part in what was a true team performance. Stroud now travel to Corsham full of confidence and look to make it two on the bounce. 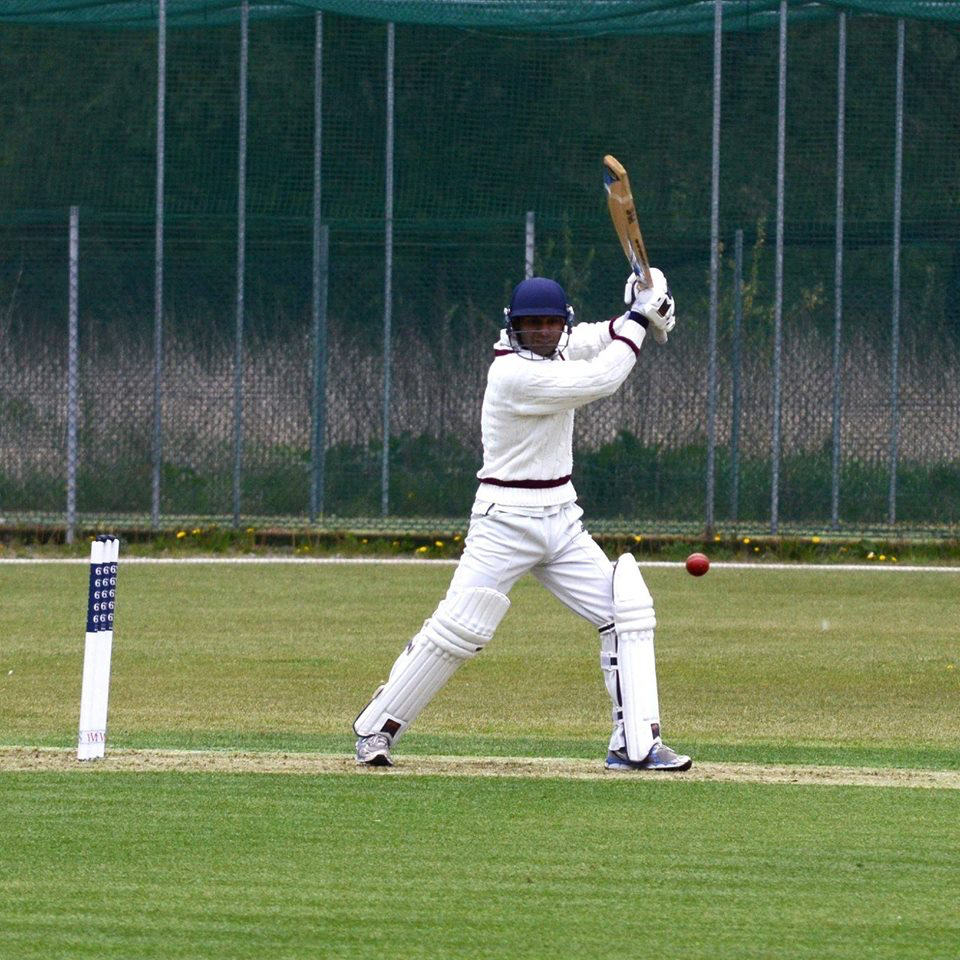 The 2s entertained Glos AIW to round off the 1st half of the season. Home skipper Tom Richings won the toss and batted on the hottest day of the year on a belter of a wicket. Things started badly with Rich Cox being run out early on, and seeing Glos AIWs opening bowler get injured in the process.

This bought Pav Sharma to the crease and him and james Uys both looked in fine nick cruising to a 50 each. James then went for a well made 57 and with a healthy run rate building Stroud looked to make the most of the start. Wickets fell regularly after with Chris Smith scoring 28, and Tom Richings trying to smack 1 out the park only to top edge it to cover for 5. Dave Terrington then came to the crease for his 1st appearance in the 2s after a few weeks out injured and batting sensibly while Sharma, went through to a brilliant amd chanceless century.

Stroud ended on 289-4 with Sharma ending on 131 not out. The bowling started with a flourish of boundaries from AIW looking to score at a rate of knots and make a game of it. An early bowling change, brought Anthony Yiollaris on and he made an imstant impact bowling one of the openers. A change at the other end bought the ever reliable Chris Dutton into the attack and he bowls another brilliant and tight spell claiming 2-32, including a brilliant sharp stumping from the skipper behind the stumps.

Rich Cox was the asked to bowl for the 1st time this season and claimed 2 very valuable scalps. Yiollaris returned for a second spell and claimed 3 further wickets ending with exceptional figures of 9-0-31-4. Ryan Boucher came on late and cleaned up the tail with 2 wickets of his own, to bowl AIW for 200, with Tom Richings behind the stumps having a day to remember, claiming 4 catches and a stumping. The 2s are at home against Apperley next week, looking to avenge the opening day loss and make it 7 from 7 as they continue the push for promotion 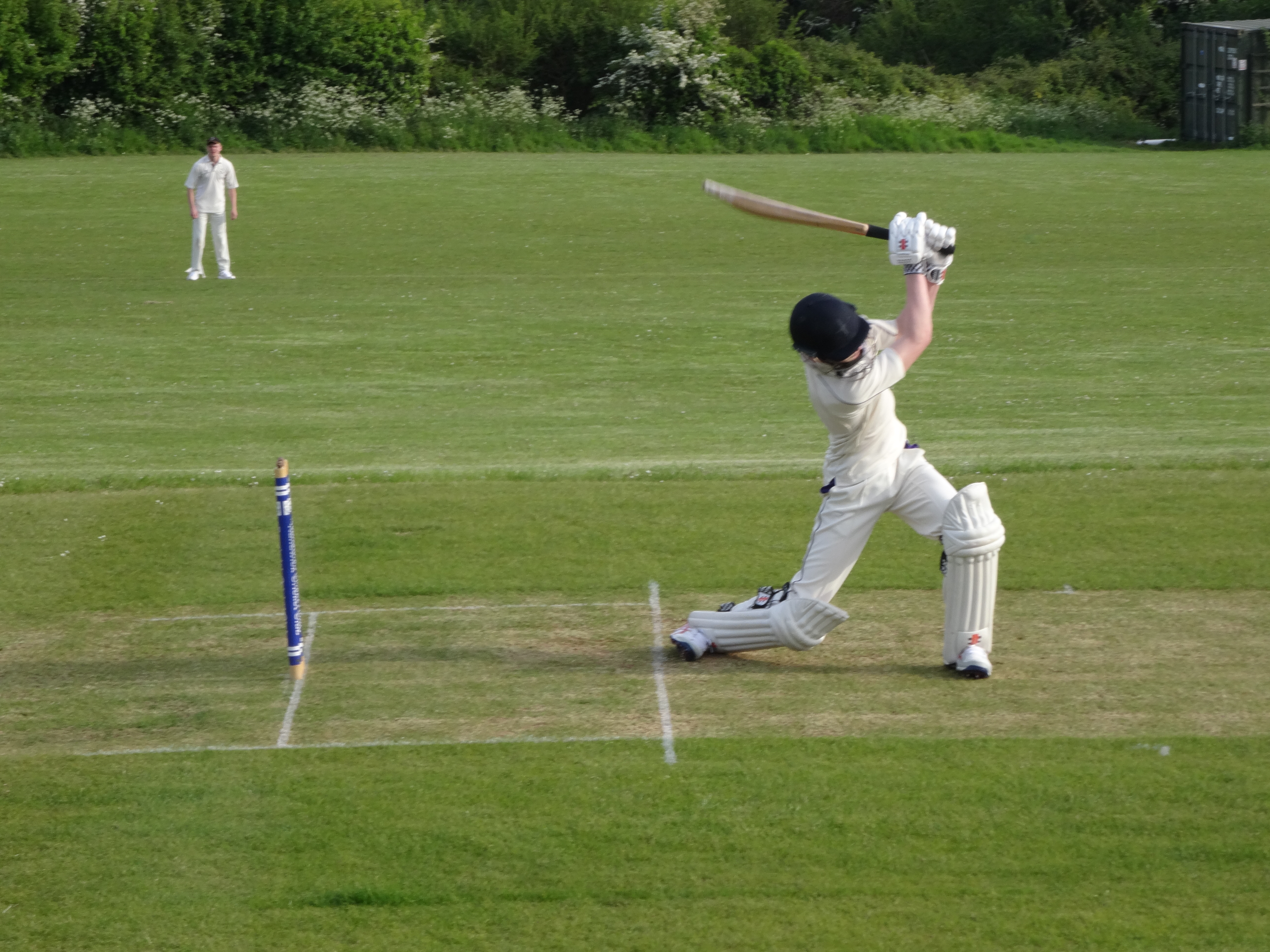 The third XI were delighted to be playing at a sweltering SCG for the first time in four weeks, and even more so when JC won the toss and elected to bat on a cracking looking track.

Andrew “Pup” Uys and Rich Tuttle opened the innings, but didn’t remain together for too long before Rich’s old teammates were celebrating his dismissal for 1.  JC joined Pup and they built a solid 50 partnership before JC departed for an unusually quick-fire 31.  The in-form Ollie Holmes was next to join Pup and, despite Holmers feeling pretty ropey (abnormally not self-inflicted), they built another steady start before pressing down on the accelerator.

Pup went sailing past his 50 and Ollie made a fine 60 in a 118 run partnership, ended when Ollie holed-out.  After an all-too-brief stay for Lee Godwin, Tom King was next to join Pup as he continued to bat with outstanding concentration and application, allied to bouts of greater aggression.  With the third XI joined by a chunk of the second XI on the pavilion balcony, including a proud-as-punch Daddy Uys, Pup reached a fantastic century to tremendous cheers.  After such an effort in testing heat, it was not surprising that he fell shortly after for 102, bringing Russ Culver in.  Some fine hitting by the final two got Stroud to maximum batting points and a challenging target of 236 for five for a melting Chalford team to chase.

The last thing you’d want as a Chalford batsman is to head to the crease to open, with a big target and two young lads belting in from close to the sightscreen.  Aaron Collins taking the first over, smashed one opener out third ball; Reuben Scott from the other end bowled the other opener sixth ball with an absolute peach.  Two wickets down, no runs.

With Reubs taking the third wicket LBW in only the fourth over with a beautiful in-swinging yorker, Chalford then managed to rebuild somewhat with Martin Webster proving more resilient.  But Stroud’s first and second bowling changes weren’t to be trifled with either.  Rick Carman broke the partnership with a good catch at long-on by Aaron, before Tom Legg immediately bowled their incoming skipper. Wickets then fell at regular intervals, supported by catches from Tom King (a cracker), Aaron again and Ollie, to remove the last seven wickets for only 29 runs; the timeless Rick taking five for only 20 runs in just shy of 9 overs.

A tremendous win for Stroud, in a game played in excellent spirits against a friendly and sporting oppo, sees the Thirds move to second in the table at the half-way stage of the season.